With airports being the central hub of business and trade, the need for proper runway maintenance and care should be the center of industry attention.  Their contributions to American commerce are essential, and the effects of a decommissioned runway due to variables like soil composition and foundation deterioration can be felt across entire countries.

URETEK Deep Injection® (UDI) is the rapid, economical solution for repair and maintenance of the runways and airports that make American air travel safe. For busy airfields with no time or budget for full-depth repair and replacement, URETEK and its industry-leading 486 Star polymer are the winning combinations that keeps critical airport assets smooth and stable for years to come.

Both natural and man-made causes can lead to weak soils beneath pavement systems. Faulted joints and slabs on airport runways, taxiways, and aprons aren’t necessarily anyone’s fault. Sometimes it is simply a matter of time and moisture and the low, steady movement of soils beneath the surface.

Regardless of the cause, weak soils generally result in subsidence, which often leads to the formation of voids beneath the surface in base and subbase soils. Left unchecked, subsidence can harm pavement systems. Symptoms of weak soils include foundation settlement, cracks in slabs, dips and heaves, a rough ride for pilots, passengers, and cargo, and evidence of soil subsidence in proximity to the runway.

The proper function of important electronics on a runway depends on the precise installation and orientation of slabs and corresponding parts. Any unforeseen soil settlements or foundation weaknesses can and will compromise the safety and reliability of the airport.

Over the years, Federal and State DOTs, Departments of Public Works, Airport authorities, and other transportation asset managers have applied an assortment of solutions to address the repair and maintenance of their deficient paved assets like airport runway lifting & repairs. Some of these traditional solutions include:

URETEK routinely begins each new runway pavement preservation job with on-site Dynamic Cone Penetrometer (DCP) testing, which is used to measure the comparative strength of the base soil layers beneath roads, airport pavements, and bridge approach/departure slabs. This information is used to determine exact locations and levels for the injection of the polymer material used to strengthen and densify problem soil strata.

As the pavement is lifted, its movement is precisely monitored on the surface using laser level measuring devices.  The polymer expansion reaches 90 percent of its full compressive and tensile strength within approximately 15 minutes.  Because the polymer material is extremely light, any additional overburden weight is kept to a minimum.  The properties of URETEK’s polymer material is carefully matched to typical base material compressive strength characteristics.

Once the problem areas have been identified, URETEK crews develop a site-specific injection plan to address the issues.  Surface profiles are made to properly identify any differential settlement of the pavement, and then URETEK 486 Star® polymer is precisely injected via small (5/8″) diameter holes drilled through the pavement into the weak soils and identified void spaces below.  Once injected, the polymer begins to expand and forms a stable, strong, lightweight replacement base material.

Because URETEK 486 Star® is hydro-insensitive, any trapped subsurface water or wet soil has no detrimental effect on the material’s structural integrity or performance and is repelled during the injection process. As the water is forced away, the wet soil is densified to provide a firm geo-material that lasts for years and years.

The injection process is repeated, using a gridwork of hole locations until the entire area is sufficiently filled and sealed by the polymer. If the road, runway, or panel also needs to be leveled or raised, this is achieved through further monitored injections.

UDI involves the injection of a structural polymer into base and subgrade soils to increase their load-bearing capacity.  This is achieved by injecting the polymer through small holes drilled directly through the soil substructure to depths determined by site-specific analysis.  URETEK’s proprietary high-density polyurethane foam (HDPF) polymer material flows easily into voids and weak zones within the soil mass below. Then, through a controlled chemical reaction, the expanding polymer compacts surrounding soils, increasing their load-bearing capacity.  The composite material quickly cures into a strong, dimensionally stable, environmentally inert, non-toxic, and water-resistant geo-material that provides years of reliable service.

UDI requires no excavation, and projects can often be completed in hours or days. Traditional repair methods often involve excavation, and the time required for project completion can be weeks.

URETEK’s 486 Star polymer is specially formulated for stability and strength, even in the harshest environments. Our polymer is hydro-insensitive, and UDI is warranted against loss of dimensional stability or deterioration.

URETEK’s 486 Star polymer material has been used to successfully complete over 100,000 projects nationwide. The lightweight, expansive geo-polymer material not only realigns concrete pavement but also addresses the problem at the source – weak soil composition – giving customers a long-lasting solution.

Unlike other repair methods, UDI is minimally disruptive and requires no excavation.

Liability risk is greatly reduced with UDI due to an inherently safer working environment without deep excavation or heavy equipment. The process and material are eco-friendly and meet today’s high environmental standards.

Airports Depend on UDI

Beginning in 1989, with the introduction of URETEK Deep Injection® (UDI), our trusted pavement preservation method has been relied upon by state DOT officials all across the country. In every climate, they depend on UDI to stabilize soils, fill voids, and, most importantly, maintain a smooth and level bridge approach and departure slabs.

UDI involves the injection of a structural polymer into base and subgrade soils to increase their load-bearing capacity. This is achieved by injecting the polymer through small holes drilled directly through the pavement structure to depths determined by site-specific analysis. URETEK’s proprietary high-density polyurethane foam (HDPF) polymer material flows easily into voids and weak zones within the soil mass below. Then, through a controlled chemical reaction, the expanding polymer compacts surrounding soils, increasing their load-bearing capacity. The composite material quickly cures into a strong, dimensionally stable, environmentally inert, non-toxic, and water-resistant geo-material that provides years of reliable service.

For runway maintenance, time truly is money. For example, should repairs require the shutdown of a runway, traffic must be either diverted or stopped until the repair is complete. When air traffic comes to a halt, associated costs in man-hours, re-crews, and fuel consumption can greatly affect a carrier’s bottom line.

Beginning in 1988, with the introduction of URETEK Deep Injection®, our trusted soil stabilization method has been relied upon by city, state, and DOD officials across the country. In every climate, they depend on UDI to stabilize soils, fill voids, and, most importantly, maintain and extend the life of their important airport assets.

When we arrive, our crews get right to work on a site-specific repair or maintenance solution that quickly mitigates weak foundation and seawall issues and extends the reliable working life of important assets. Best of all, our zero-excavation solution means the work is completed in days, not weeks or months.

Contact URETEK today to learn more about our speedy pavement maintenance and repair solutions that keep budgets in line while assuring many more years of reliable service from important runways. 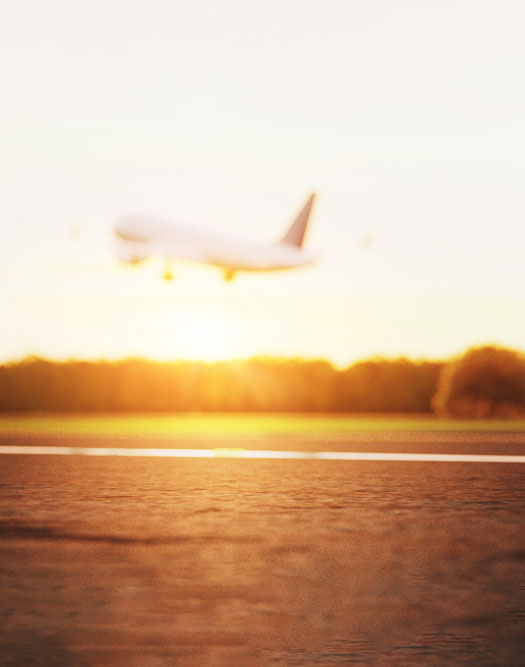 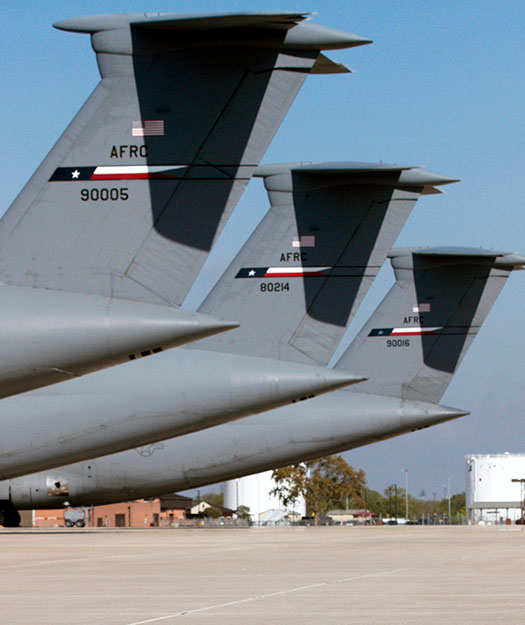 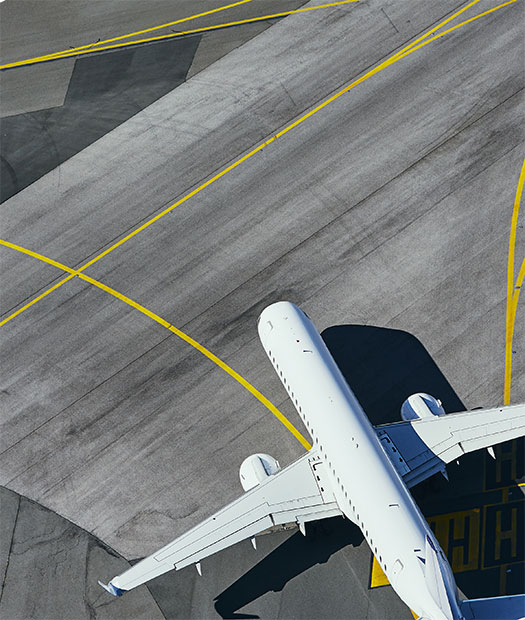 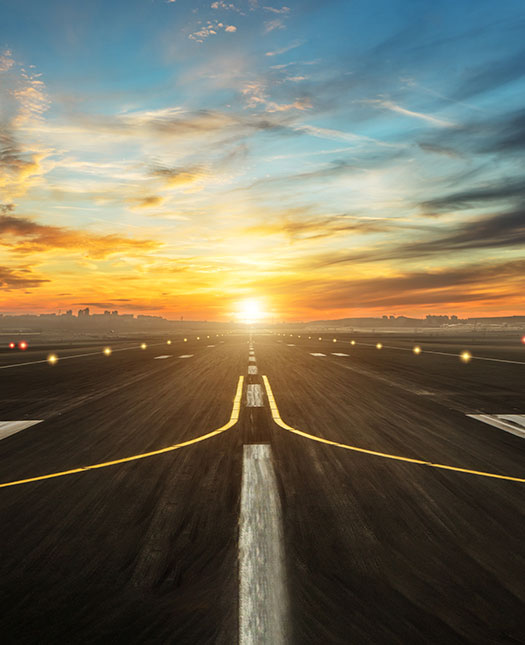 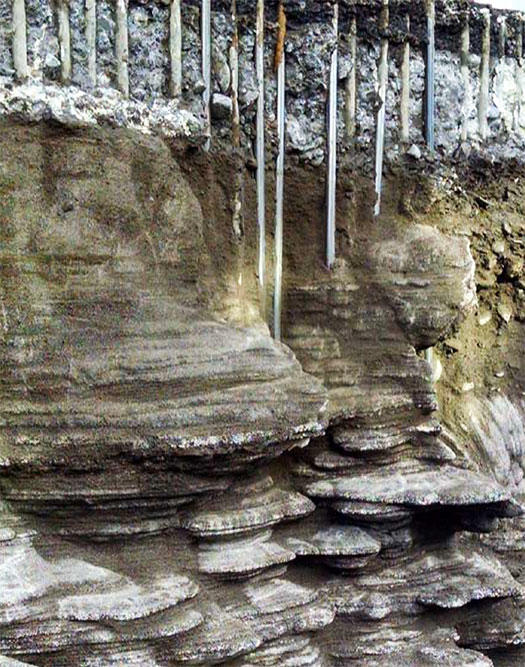